Features of the SDA in Ukraine 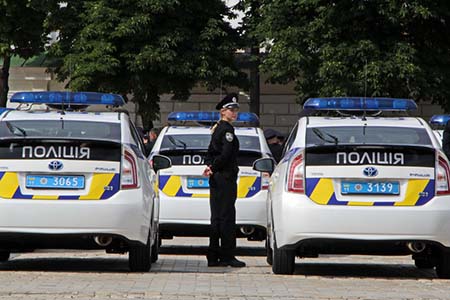 In this article we will focus on some aspects and features of the traffic rules. We wrote this article for all drivers, as well as to help our customers, who come from abroad and are always interested in the features of the traffic rules in the preparation of car rental. We sanctify the most important issues that you may encounter on the roads of Ukraine.

Also, be sure to check the contents of the article about the features of parking in Ukraine.

The driving licenses, which is valid in Ukraine

The certificates issued by any State in which there is a category "B" (passenger car), as well as a driver's license is duplicated in Latin letters. Ukraine is a signatory of the Vienna UN Convention "On Road Traffic" in 1968, because these requirements are necessary for every driver.

Speed limits and restrictions on the roads of Ukraine

The speed limit in Ukraine seems to most European countries.

The main mass of roads are the roads outside of the village. How to distinguish the highway from the usual road outside the village? If the road is divided by a wide flowerbed or a fence, that is, there is a wide strip of separation between oncoming traffic flows – this is highway, if such a green band is not there, this is a common road in the country. Atoban is a type of highway, but there is a special sign indicating that this autoban, as well as the autoban should not pass through towns.

Do not use the vehicle in a condition of alcoholic or narcotic intoxication. Traffic Rules of Ukraine allow the presence of a small amount of blood promile (wine tasting). Allowed alcohol level is 0.2 ‰.

The use of light in the daytime

Ukraine has introduced a rule that each driver needs to use low beam or running lights during the day in the period from October 1 to May 1 outside the cities. It is necessary to turn on the light in this time period when traveling outside of the city

The most settlements have the new patrol police, the old traffic police remained only on some routes, and they are actively changing now. The patrol police do not take the bribes. Every policeman has a portable video camera mounted on the chest, which record all the actions of police officers.

Offer a bribe to a police may end as arrest for you.

The patrol police are authorized to stop you, so they make out scene and go against other complaints.

At the moment, there is no automatic locking radar

The seat belt, child seat, talking on the phone

Talking on the phone is prohibited under the rules of the road, if you are not using a special headset. Also, every driver and front seat passenger must wear seat belts. But the police takes very loyal to fasten your seat belts and not talk on a cell phone - you will not be fined.

The use of child seats is not mandatory - it is your right.

Do you have any questions? Write or call us - we will reply to them.

If you find an inaccuracy in our article or we did not indicate any information of interest to you, write to us.
Back to news