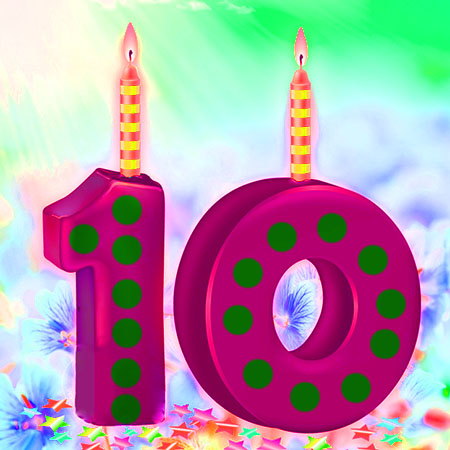 In 3th of April 2016 we celebrated 10 years of work. The age 10 years is not large but not small. What happened during this time as we started work and what we are the company now.

Brand name RACE was established in Dnepropetrovsk, Ukraine, April 3, 2006. Initially, our fleet consisted only 3 cars and one employee.

The rapid growth of the company began in 2007, we have increased the fleet to several decades cars, opened a second office in the center of Dnepropetrovsk, have signed some good contracts with corporate clients.

2008 – The global financial crisis that hit the world's leading banks, the crisis had come to Ukraine, the national currency depreciated by 2 times. In 2008 we opened an office in Donetsk city, Ukraine and start to activity there.

2009 – was opened an office in Zaporozhye city, Ukraine, was purchased an additional cars. The fleet is more than 100 cars.

2010 – was opened an office in Kharkiv city and a representative office in the city of Lugansk in Ukraine, increased fleet.

2011 – was opened an office in Simferopol, Autonomous Republic of Crimea. The office works only during the summer season.

2012 – was opened an office in the center of Lviv, was buyed an additional fleet for the Western Ukraine.

2014 – temporarily were suspended the work of offices in the Crimea, Donetsk and Lugansk.

2014 – was opened an office in Prague, Czech Republic and Bulgaria, Varna.

End of 2014 – was opened office in Tbilisi in the new part of the city.

On the beginning of 2015 – Tbilisi office has moved into the old part of the city - the most visited place by tourists.

Spring 2015 – was opened an office in Belgorod city, Russia.

Summer 2015 – was reactivated work of the office in the Crimea on on a permanent basis.

2016 – was opened a permanent office in Batumi city, Georgia.

Today our company works in several countries around the world, our team constantly stands in the way of development of regions and territories. Every year we will open new markets and expansion new cities and countries.

Today our fleet consist from 1000 cars, we serve about 200 applications per day.

We are always glad to meet you, acquire new contacts and clients and maintain relationships with old customers. We are very pleased that all the years of our young company you were with us. We hope that soon we will take significant place in the list of the world's leading rental companies.

Today all our offices are relate to the parent company, we haven’t franchisees. We always are responsibility in front of our customers for all our actions and words.

Thank you, our dear customers, our 10 years with you was passed as one day. We hope that the next 100 years, you'll be with us.

If you find an inaccuracy in our article or we did not indicate any information of interest to you, write to us.
Back to news