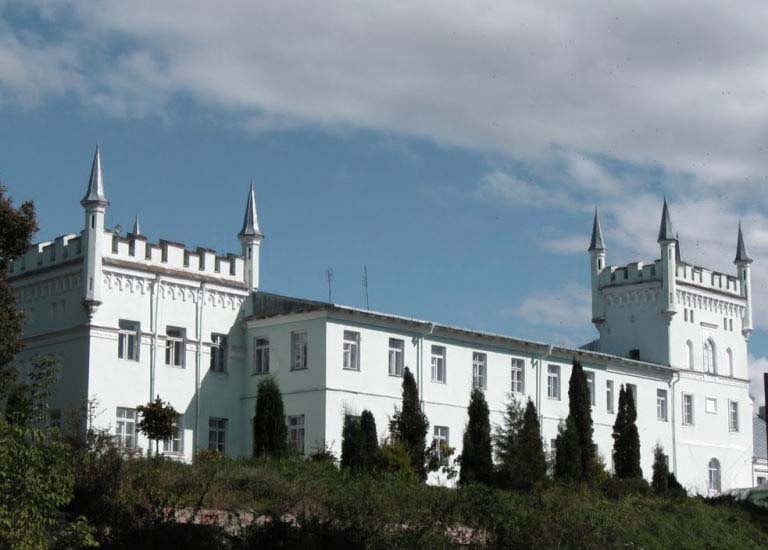 Taking a car for rent, go to the Ternopil region, and then visit Bilokrynytsi that is 5 km away from Kremenets.

Taking the car rental and get to Ternopil, you will need to make the way in the 75 km from Ternopil to Bilokrynyts towards Dubno.

The village is 5 km from Kremenets towards Dubno. Bilokrinitsa first mentioned in 1438 in a document Svidrigaylo Prince. Belonged B. Belokrinitskoy, then for a long time, it possessed Zbarazhsky princes who built a castle in the village. In 1605 it was destroyed by the Tatars. Belokrinitsa later became the residence of Prince K. Vishnevetzkogo. In 1705, it was visited by Hetman Ivan Mazepa. In 1725 the village became the property of princes Radziwill. In the XIX century. A. Chosnovsky on the ruins of the castle began to build a new palace in the Gothic Revival style. In 1866 Belokrinitsu acquired privy councilor, Earl A. Voronin, continuing the construction of the palace. In his testament in 1892 an agricultural school was opened in the palace (now - Forestry College). At the road you can also see the church of St. John the Divine (1890)